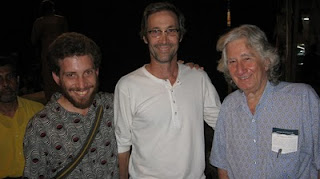 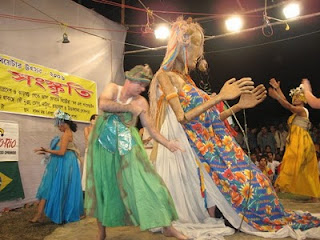 Found my old article on Loksatta's website! It was published on November 26 , 2006. I think its relevant to revisit Boal's theatre in India. I had attended his workshop in Kolkata in 2006.

Boal claims that democracy and theatre are both participative processes. I think it would be extremely relevant in the present context to engage citizens in such participatory activity!

Anyway-- old thought for a new day. In the first photograph on the extreme right is Augusto Boal. And the next photo is that of the performance in Kolkata.
Posted by Dnyanada Deshpande at 10:40 PM